On Saturday I was taken for a quick walk and then L & C headed off somewhere in the car...when they returned a few hours later they showed me the following photos....they had been to the Amex to see Brighton v Barnsley and Brighton had won 5-1!

L said it was just like the fountains outside the Bellagio casion in Vegas! 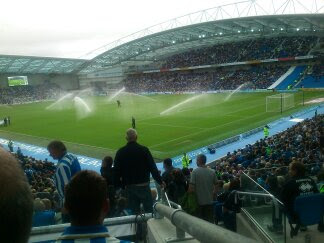 Some of the action 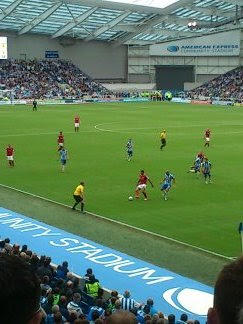 I was hoping they would have bought me a Gully mascot toy, but they said I only would have destroyed it, as if!